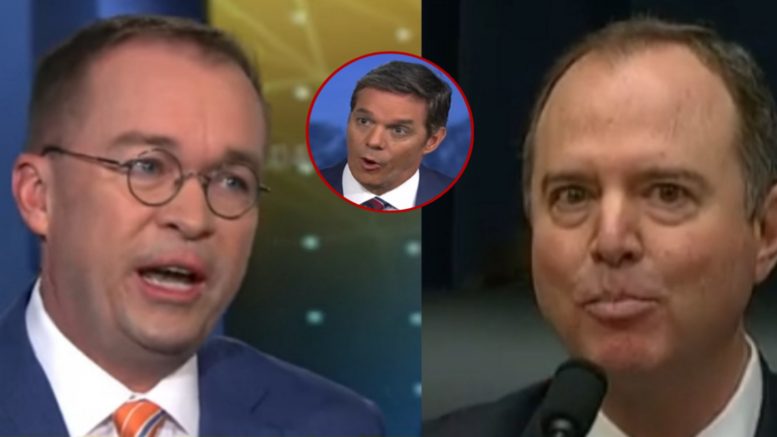 Mick Malvaney serves as Director of the Office of Management and Budget on President Trump’s Cabinet, as well as White House Chief of Staff.

On Sunday, Malvaney reacted to Democrats’ goal of obtaining President Trump’s taxes and why he thinks it will never happen.

Malvaney told Bill Hemmer of Fox News, “Democrats were really caught flat-footed. They really did believe that Mueller would find collusion and find obstruction. In fact, they invested very heavily in that. And then to be blindsided like that–to find out there’s no obstruction, no collusion–I really think they weren’t expecting that.”

Malvaney thinks Democrats, as a whole, are still suffering from Trump Derangement Syndrome and will still be looking for anything to undo Trump’s 2016 election victory or prevent him from being elected as President again.

In regards to President Trump’s tax returns, Malvaney said that Democrats know they won’t be able to get them. He said, “They know what the law is. They know that one of the fundamental principles of the IRS is to protect the confidentiality of you or me or anyone else who files taxes.”

Malvaney continued, “They know the terms under law by which the IRS can give them documents, but ‘political hit job’ is not one of those reasons.” Video Below

Then when asked if he believes that Democrats will ever see Trump’s tax returns, Malvaney responded, “Oh no, never. Nor should they. Keep in mind that was already an issue that was litigated during the election.”

He continued, “Voters knew the President could have given his tax returns. They knew that he didn’t and they elected him anyway, which, of course, is what drives the Democrats crazy.”

Malvaney claims that Democrats are only seeking to put focus on the issue of Trump’s tax returns, so they don’t have to talk policy with the Trump administration. He concluded, “The Democrats are demanding the IRS to turn over the documents and that is not going to happen and they know it. This is a political stunt by my former colleagues.” Video Below