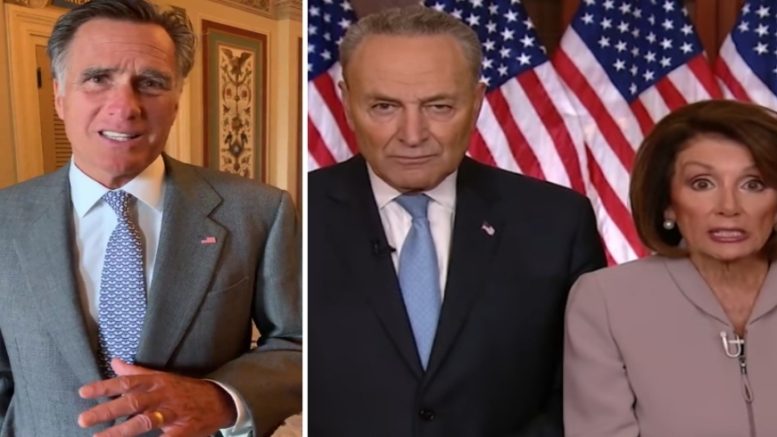 Republican Senator, Mitt Romney is one of President Trump’s most vocal critics when it comes to just about anything.

But now, the freshman Senator is calling on members from both sides of the aisle to put their disagreements with the President aside and finally resolve the crisis that America faces at the southern border.

In a video posted on social media, Romney says, “I hope people in both parties, and people across the country understand that there’s a real crisis right now at our southern border.”

He said in the past, about a million undocumented immigrants crossed over the border every year, most of which were males who were sent back to Mexico once apprehended. However, now according to Romney, there are entire families, women and children crossing over as asylum seekers, and are allowed to stay in many cases.

Related Article: While Renewing His Vow To Close The Border, Trump Exposes Dems Weakness: ‘They Don’t Want Any Victory’

Romney said America now faces a huge problem when it comes to vetting the asylum seekers. He said, “As a result, we don’t exactly know who they are or why they want to come here. It’s a real security risk, and it’s overwhelming our system, particularly on our border states.” Video Below

Further, Romney added that he will work with fellow legislators and the Trump Administration to help deal with the situation at our border. He urged his colleagues, “We’ve got to put aside our partisan bickering on this. This border security is not a partisan issue. It’s an American issue.”

He added, “I know the President made this a centerpiece. Put aside that fact. This has to he dealt with on a bi-partisan basis.”

Romney concluded, “We’ve got to secure our border to make sure we are doing the right thing for those people that want to come here legally, as well as our own citizens.” Video Below

Border security should not be a partisan issue. There is a real crisis at our southern border. We must put aside the partisan bickering and do the right thing for our national security. pic.twitter.com/ocn238Bh9l

Report: CBP Had To ‘Redo’ Chart To Fit The March Surge Line — ‘The Most In Nearly Two Decades’