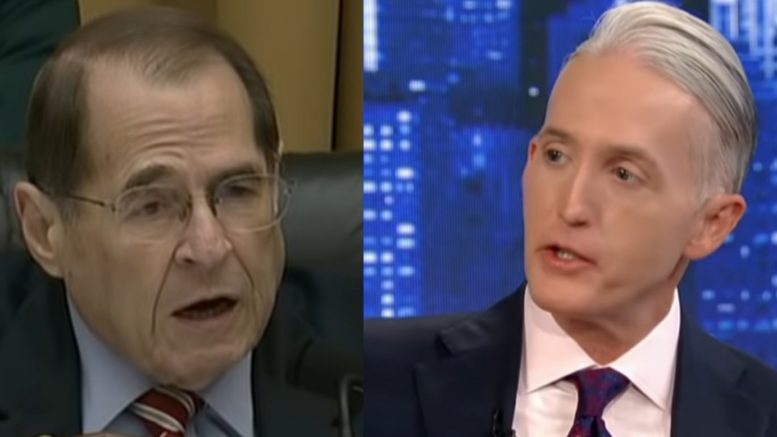 Trey Gowdy appeared on Fox News to give his reaction on the House Judiciary Committee’s decision to subpoena the Mueller report if certain conditions are not met by Attorney General William Barr.

The decision by the committee, headed by Democrat Chairman Jerry Nadler, came as Barr did not produce the full report to Congress by the initial deadline of April 2.

Gowdy began by saying he agrees with Nadler that it is the responsibility of Congress to investigate ‘malfeasance’ by the President, and he encouraged Nadler to do it. However, due to balance of power, the executive branch doesn’t have hand over their material to Congress.

He went further to say the subpoena deadline issued today was nothing more than theatrics for public consumption and is a communication war, not a constitutional war.

Gowdy stated, “I’ll be surprised if Barr every produces everything. And they can go to court, but they will lose in court.” He added, “The Executive Branch does not have to comply with arbitrary deadlines set by a co-equal branch.” Video Below

Trey also reacted to a recent New York Times report that claims some of the members of Mueller’s team did not agree with the way Barr laid out the findings to the public.

Related Article: Schiff Vows Not To Be ‘Intimidated’ By Trump, Gowdy Swipes Back: ‘I Just Wish Adam Would Be Intimidated By Facts’

He said it’s normal to not be unanimous when there 40 agents and 20 lawyers on a team like Mueller’s. Gowdy then declared, “The only thing that matters is whether or not you have sufficient probable cause to criminally charge someone.” Video Below