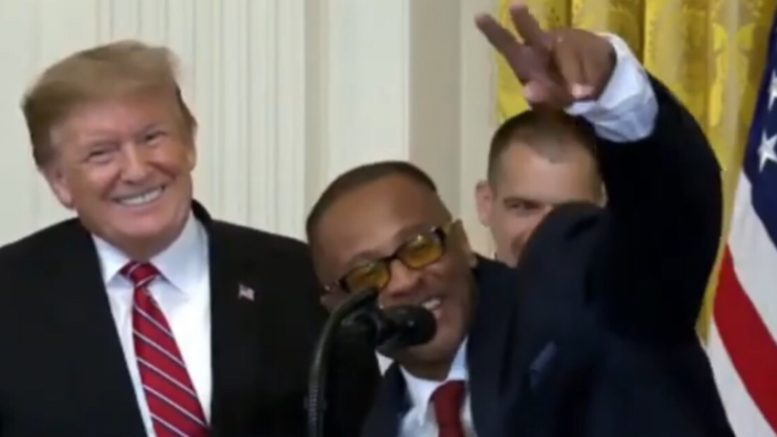 President Trump on Monday delivered remarks at the 2019 White House Prison Reform Summit and First Step Act celebration in the East Room at the White House.

This comes after President Trump designated April 2019 as “Second Chance Month” in a presidential proclamation on Friday.

President Trump on Monday hosted about 300 guests, including convicted felons, at the White House for the “First Step Act Celebration,” a party intended to bring attention to a rare piece of bipartisan legislation he passed last year, and which he plans to highlight on the campaign trail, reported the Washington Times.

The proclamation states that during the month of April, the United States will emphasize the need “to provide opportunities for people with criminal records to earn an honest second chance.”

“It was time to fix this broken system and to improve the lives of so many people.” President Trump said.

“My Administration is committed to helping former prisoners reenter society as productive, law‑abiding citizens.  For this reason, I signed into law the bipartisan FIRST STEP Act.” He explained. (Continued Below)

President Trump delivered remarks during the White House Prison Reform Summit and First Step Act celebration and also brought up Gregory Allen to the podium to say a few words.  A beautiful interaction happened between Trump and Alan during the celebration.

“Mine is real short. Two months ago, I was in a prison cell and [now] I’m in the White House.” Alan expressed with glee.

As President Trump was grinning from ear to ear, Gregory Allen declared, “Let’s continue to make America great again!” The room roared with cheers and applause. Then, President Trump and Allen hugged each other and engaged in a friendly handshake. (Continued Below)