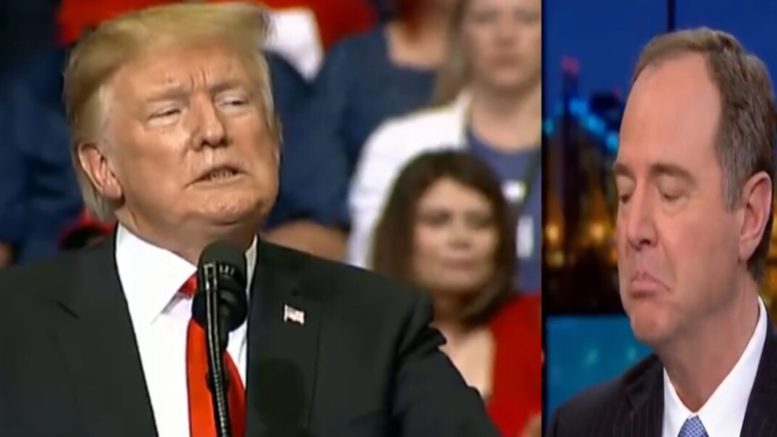 President Trump took to Twitter Sunday afternoon with a pair of tweets where he said that the “phony and fraudulent” Russia investigation “should never” be able to happen to another President.

This comes after Attorney General William Barr said in a letter to lawmakers outlining Mueller’s report which determined that the Trump campaign did not coordinate with Russia during the 2016 presidential election.

During Robert Mueller’s probe, President Trump blasted the investigation into Russian interference, and he often referred to it as a “hoax” and a “witch hunt.”

He wrote, “Everybody is asking how the phony and fraudulent investigation of the No Collusion, No Obstruction Trump Campaign began. We need to know for future generations to understand. This Hoax should never be allowed to happen to another President or Administration again!”

Republicans in Congress have called for investigations into how the Russia investigation spiraled out of control based off of a crooked cops, a phony dossier and FISA abuse. (Continued Below)

In a second tweet quoting James Freeman from the Wall Street Journal, President Trump essentially pointed out that Rep. Adam Schiff (D-CA) is abusing his privileges, leaking to the public, and lying.

(Related: Trump Doubles Down On Schiff’s ‘Pencil Neck’ Label As He Unleashes A New T-Shirt For His Supporters)

He wrote, “Outrageous, it’s the Adam Schiff problem. People abusing the access to classified data to then go out in public and make allegations that didn’t prove to be true. You look at a decision to essentially investigate a political rival. Who made it? James Freeman, @WSJ” (Video Below)

Last month, President Trump did in fact blast Schiff as “one of the biggest liars” in Washington and accused him of leaking confidential information.

“Little Adam Schiff, who is desperate to run for higher office, is one of the biggest liars and leakers in Washington, right up there with Comey, Warner, Brennan and Clapper! Adam leaves closed committee hearings to illegally leak confidential information. Must be stopped!” Trump said.

We leave you with President Trump’s attorney, Rudy Giuliani, with his reaction to the Mueller report:

(Related: In Her Debut Back, Judge Jeanine Warns Viewers Why They Shouldn’t Celebrate The Mueller Report)

James Woods: “In The Past Four Years The Press Has Obliterated Its Credibility”

‘Is There No Justice In Our Country?’: Trump Asks As GOP Rep. Is Indicted For ‘Possibly Telling Some Lies To Investigators About Campaign Contributions’