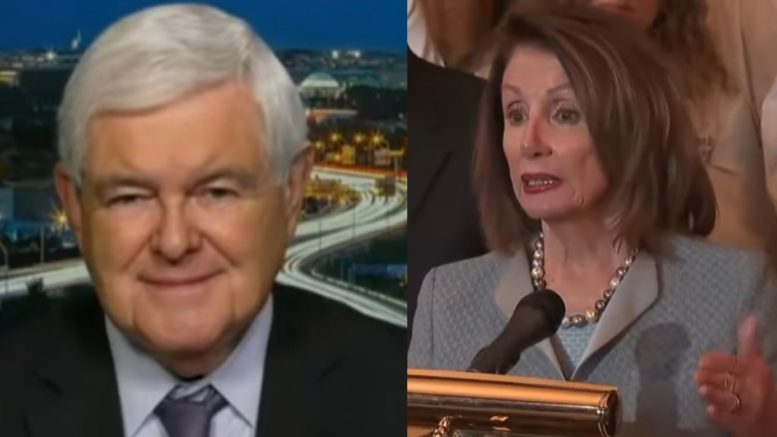 Nancy Pelosi has faced quite the task since retaking the reins as House Speaker back in January.

Since taking over, the Democrat Party has been plagued by an array of radical remarks and ideology that have been pushed forth by many of its members.

While Pelosi has been trying to figure out the right approach on to handle her party moving forward, Newt Gingrich believes Democrats have already spun too far to the radical left.

The former House Speaker signaled it could be a steep uphill battle for Democrats to to ever attract moderates in the near future, unless something severely drastic changes.

And it doesn’t appear to be coming any time soon, as 43 Democrat Senators failed to take a bold stance against the Rep. Alexandria Ocasio-Cortez’s socialist-based Green New Deal in a recent Senate-vote. Only three Democrats voted against the measure.

Gingrich took to Twitter to make his case of just how out-of-control Democrats have become over recent months. See Below

Newt said in a statement, “Lets be clear-Speaker Pelosi can try to keep her party in mildly crazy left instead of totally crazy left but there is no possibility she can move it to the center.”

In ending, here is a recent video of Newt discussing how Pelosi has lost control of the House.

O’Reilly Reveals Trump’s Primary Strategy Behind Attacking ‘The Squad’: Trump Knows This Will ‘Raise A Lot Of Money For Him’

Ocasio-Cortez Likens Her DC Arrival To Moon Landing, Huck Brings Her Back To Earth