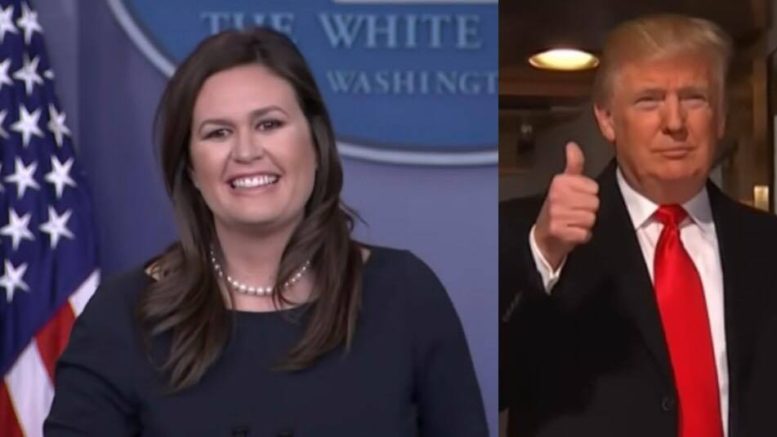 Fox News reports, in a four-page letter to the leaders of the House and Senate Judiciary committees, Attorney General William Barr wrote that Mueller, a former FBI director, “did not find that the Trump campaign, or anyone associated with it, conspired or coordinated with the Russian government” or Russia-linked organizations in either “disinformation and social media operations” or “computer hacking operations designed to gather and disseminate information to influence the [2016] election.”

This is great day for America as the President is cleared!

Related: Trump Breaks His Silence On Special Counsel’s Report As Barr Releases Findings: ‘This Was An Illegal Takedown That Failed’)

Sanders took to twitter Sunday after the news broke and wrote, “The Special Counsel did not find any collusion and did not find any obstruction. AG Barr and DAG Rosenstein further determined there was no obstruction. The findings of the Department of Justice are a total and complete exoneration of the President of the United States.”

She added, “A great day for America and for President @realDonaldTrump. After two years of wild anti-Trump hysteria, the President and his millions of supporters have been completely vindicated.” (Video Below)

Liberals are losing their collective minds. Get out the popcorn folks! (Video Below)

Rep. McCarthy Points Out The Stark Contrast Between Dems & Repubs Controlling The House: ‘They Didn’t Read The Constitution’