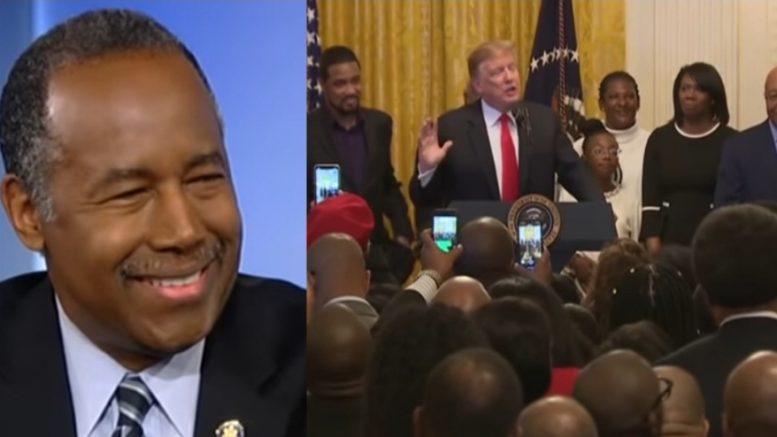 Secretary of Housing and Urban Development, Dr. Ben Carson, joined Laura Ingraham Monday night where he weighed in on the continuous attacks against President Donald Trump.

This comes after the media tried to tie the New Zealand massacre to the President.

A heavily-armed shooter mowed down Muslim worshippers at a Friday prayer, massacring 49 people in two New Zealand mosques while broadcasting a horrific live stream of the terror attack.

A 28-year-old Australian-born citizen was in custody after claiming responsibility for the attacks in Christchurch and allegedly posting a white nationalist manifesto immediately before the murder spree.

Officials said 41 people were killed at the Masjid Al Noor mosque in central Christchurch and seven were slain inside the Linwood Masjid mosque, about three miles away from Masjid Al Noor. Another person died at a local hospital, reported Fox News.

Afterwards, a variety of news organizations were quick to tie President Trump to the horrific mass shooting suggesting the killer expressed support for Trump as a symbol of “white identity.” “Morning Joe” Donny Deutsch speculated that the president wouldn’t issue a strong enough statement because the victims were Muslim. (Video Below)

CNN, MSNBC and other mainstream media outlets have been filled with pundits either tying the killer’s rhetoric to Trump or slamming Trump for not doing enough to condemn the massacre. A CNN on-screen graphic on Monday morning mocked the president for tweeting about a variety of issues over the weekend without tweeting about the attack, per Fox News.

President Trump shot back and accused the media on Monday of finding ways to blame him for last week’s massacre. “The Fake News Media is working overtime to blame me for the horrible attack in New Zealand. They will have to work very hard to prove that one,” Trump tweeted. “So Ridiculous!”

Acting White House Chief of Staff Mick Mulvaney pushed back, saying Sunday that Trump was not a white supremacist and it was unfair to characterize the New Zealand gunman as a supporter of Trump. (Video Below)

Further, Ben Carson on Monday night stepped up to also defend the President and crushed the ongoing narrative that President Trump is racist.

“There’s a narrative that’s being painted there, but I’ve had an opportunity to interact with racist people throughout my life, and he is not one.” Carson said of President Trump.

He continued, “He is so easy to be around, so relaxed and treats you with the utmost respect.”

Carson said he talked with President Trump about the plight in the inner cities and added, “the compassion that he showed is very impressive. He doesn’t wear it on his sleeve. He believes that a rising tide lifts all boats. And he doesn’t go around playing identity politics.” (Video Below)

(Related: Watch: Both Parties Erupt In A ‘USA’ Chant After Trump Announces Milestones For Women)

WATCH: Trump Supporters Outside Walter Reed Hospital Get Surprised With Goodies From The President

Rep. Waters: “Even Though I Don’t Have The Facts To Prove It…I Believe [Russia] Wanted To Elect President Trump.”