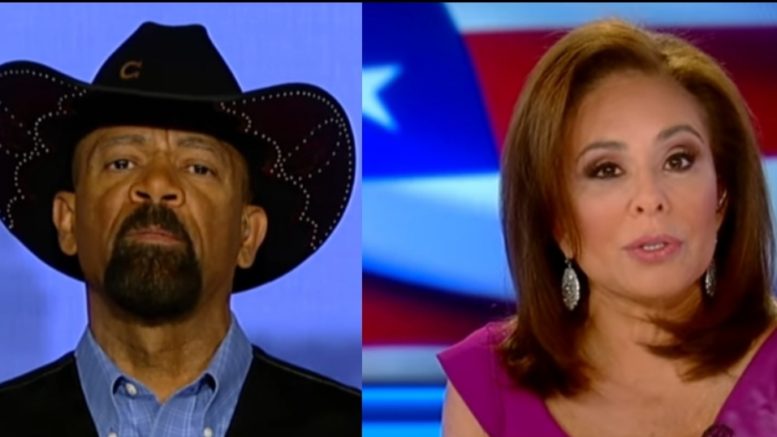 Fox News stunned their viewers on Saturday after they replaced Judge Jeanine Pirro’s regularly scheduled Saturday night program with a rerun of a documentary, in what they said was a result of “scheduling matters.”

The bold move made by the network came just days after they condemned Pirro for the way she rebuked Ilhan Omar on her last-aired show. And now the question remains on whether it was a temporary or permanent move.

President Trump took to Twitter on Sunday, where he unleashed a series of tweets slamming Fox for pulling Judge Jeanine’s show.

He also demanded that Fox fight for Tucker Carlson, Judge Jeanine and everyone else who have helped bring their ratings to the top.

Sheriff David Clarke, who is a strong ally to President Trump, took a jab at the network’s decision, primarily focusing on the sons of Fox News Chairman Rupert Murdoch.

In a post on Twitter, Clarke said, “Things at FOX News are a changin’. Lib Murdoch boys are calling the shots.”

We leave you with a clip of Judge Jeanine’s program ripping the media over their anti-Trump antics.