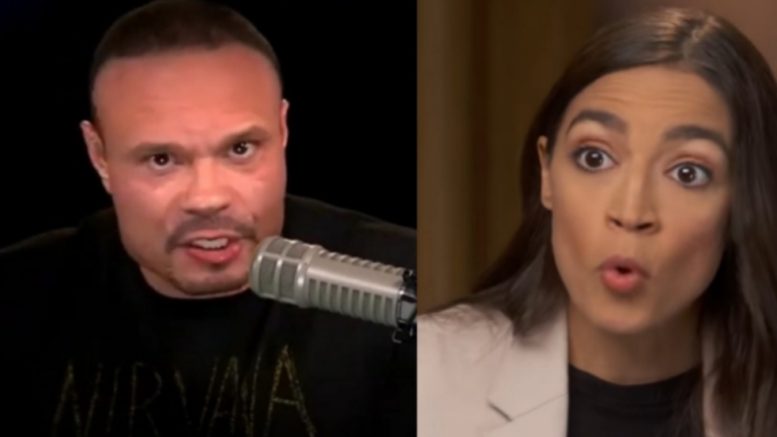 Alexandria Ocasio-Cortez did some more finger pointing on Saturday in response to recent terror attacks.

Cortez essentially placed blame on President Trump as reason why “terrorist incidents,” like the one in New Zealand, are happening because he shut down federal programs that supposedly “fight the spread of white supremacist hate groups.”

Cortez made her charges after a Twitter user tried laying out a connection between 6 recent terror attacks, including the New Zealand mosque shooting, and white supremacy groups.

She said in reply to the Twitter user, “All of these are terrorist incidents. We have a responsibility to understand how white supremacy + online radicalization works, because it is impacting our entire society.”

Bongino, like many Americans, has had enough of Rep. Ocasio-Cortez’s consistent anti-Trump rhetoric that is based purely on her socialist ideology…the same ideology that’s historically been responsible for the fall of countries around the world.

Related Article: Don Jr. Defends Chelsea Clinton After Students Blame Her For NZ Attacks: ‘Chelsea Should Be Praised For Speaking Up’

Bongino said, “Rep. Ocasio-Cortez will not be happy until she shreds the country to pieces. She worships division and abuses her lemming-like followers on social media to ensure maximum division in the country. It’s a disgrace and an embarrassment to the legislative branch.” See Below

While he was at it, Bongino leveled dishonest CNN contributor Chris Cillizza for suggesting the Steele Dossier is not what caused the Russia probe to begin. We leave you with Bongino’s smack down of CNN’s Cillizza.

Upon Becoming Chairman, Graham Receives The Perfect Gift From The Senate Judiciary Committee