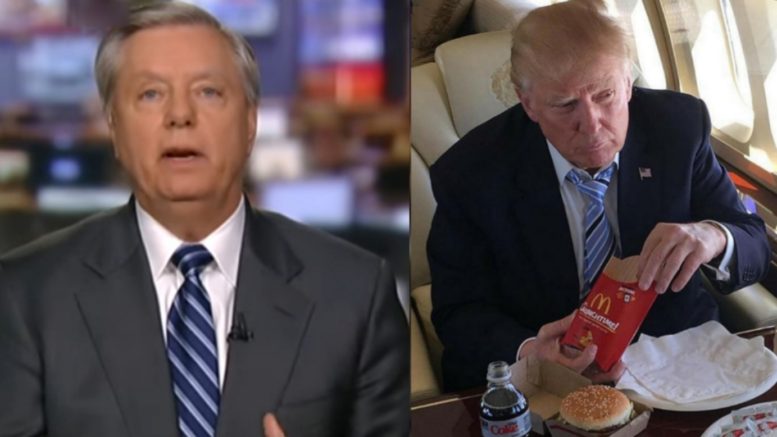 During the 2016 election, Senator Lindsey Graham (R-NC) was one of the most outspoken critics of President Trump.

But that has all changed over the past couple of years, as Graham has turned in to one of the biggest advocates for Trump’s agenda moving forward. (Video Below)

After Graham did an interview with The New Times in a daily podcast, he opened up with Fox News on what has caused his dramatic change of heart towards the President.

He told Martha MacCallum on Tuesday,”He beat me; he’s President of the United States. I want him to be successful.”

“I like what he’s doing. He’s rebuilding the military, cut our taxes, he destroyed the caliphate. He got out the Iran nuclear deal. He’s got ‘Rocket Man’ at the table, he’s regulating the country, he’s put Gorsuch and Kavanaugh on the bench.” The South Carolina Senator listed.

“From my point of view, he’s succeeded every expectation I had. I want him to be successful.” He explained.

Graham continued, “When I disagree with him, I’ll tell him so, but nothing’s happened to me. The only time you can be seen as a good Republican by the liberal side of the equation is when you attack a Republican.” (Video Below)

“I had my shot at President Trump, the American people chose him. I want him to be successful. I’m all in to the extent that I can help this President, and I will.” Sen. Lindsey Graham added.

Lindsey Graham Discusses What Led To His Change Of Heart Towards Trump: