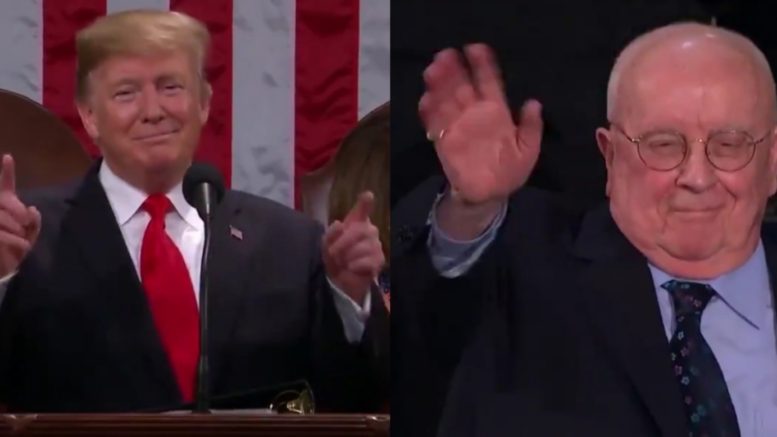 It was quite the compelling State of the Union Address that was delivered by President Trump.

This year’s State of the Union was more bipartisan in nature compared to Trump’s fist one, as he received many more cheers and standing ovations from both sides of the aisle.

Although there were several emotional aspects of the address, including “USA!” chants by both parties and stories of his special guests, one of the most notable parts came when President Trump introduced his special guest, Judah Samet.

Samet, a survivor of the Tree of Life synagogue attack and Holocaust, just so happened to be celebrating his 81st birthday which Trump revealed to the crowd.

Related Article: Both Parties Erupt In A ‘USA’ Chant After Trump Announces Milestones For Women

Upon learning that it was his birthday, all attendees of the State of the Union Address began singing him Happy Birthday.

It was quite the show of unity, as Trump briefly acted as a composer as the crowd sang. (Video Below)