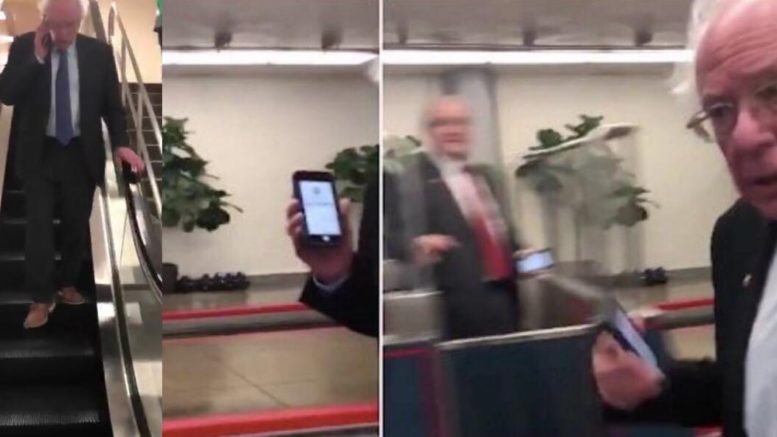 Lt. Gov. Justin Fairfax (D-VA) is now in the hot seat after a report surfaced Monday that suggests he sexually assaulted a woman in 2004.

This comes amid Gov. Ralph Northam (D-VA) who is clinging to his job, refusing to step down– after a yearbook picture surfaced, and after he made comments about late abortion. (Video Below)

The Washington Post published a story laying out details of a woman’s allegations against Fairfax. She told The Post she and Fairfax met at the 2004 Democratic National Convention in Boston, went up to his hotel room and started kissing consensually before he guided her to the bed and eventually used his strength to force her to perform oral sex.

“Everything was 100 percent consensual,” Fairfax told a group of reporters. He added, “What I know is that the truth is 100 percent on our side.”

Democrat Senators on Capitol however, are refusing to acknowledge the sexual assault allegations that have emerged.

Henry Rogers, a Capitol Hill reporter for the Daily Caller caught up with Bernie Sanders (D-VT) and tried asking him if he believed the allegations. (Video Below)

In the two videos below, Bernie refuses to comment, and the second video shows him on a fake phone call to avoid commenting.

Additionally, tons of other reporters were standing around not even bothering asking the hard-hitting questions.

Democrats have fully weaponized sexual assault. They don’t care about survivors one bit. All they care about is using accusations to nuke their opponents and ruin their lives. (Video Below)

Check out the videos below:

PRO-TIP: If you’re a politician and don’t want to answer a question about a member of your party being accused of sexual assault, don’t pretend to be having a phone conversation and then show your phone to the reporter asking the question. That tends to give the game away.

NBC News is now naming the woman who accuses Virginia Lt. Gov. Justin Fairfax of sexual assault — a claim he categorically denies. Vanessa Tyson, an associate professor of politics at Scripps College, has provided permission to identify her, per source close to her legal team.

NOW: I have asked around 10 Democratic Senators if they believe Virginia Lt. Gov Justin Fairfax’s accuser. None of them will comment, some say they have not heard the news…

Incredible. Props to Henry Rogers for calling out Bernie. “You’re not on the phone!”