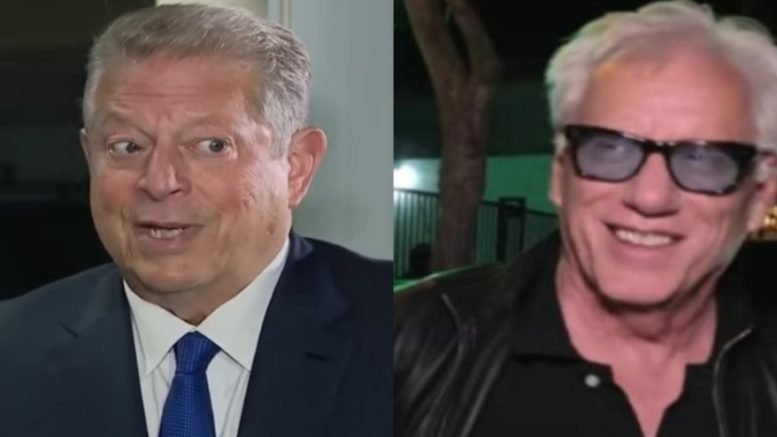 James Woods slams the Global Warming crew in an epic tweet. Photo credit to the Freedom Times with screen shots.

The phrase “Too soon” is often used when someone touches a subject matter before it’s probably most appropriate, in light of a recent event that may have happened.

As areas of the United States suffered two of the coldest temperatures ever recorded, in what is called the “Polar Vortex”, Al Gore instantly found himself at the butt-end of global warming jokes and memes. Gore then tried to make a statement in defense of global warming, which looks to be, in essence, one of these “Too soon” moments.

Right as America was coming out of the Polar Vortex, Gore conveniently tweeted an article titled “Huge Hole Discovered Beneath Fast-Melting Antarctic Glacier.”

Gore provided a statement related to the article that said, “As scientists have warned! Record-breaking glacial melt from the Antarctic Thwaites Glacier is responsible for about 4% of global sea-level rise. Real News!”

Woods is aware that Gore has made an absolute fortune by pushing the global warming/climate change theory, which brought Woods to call out what could be behind the former Vice President’s recent calculated statement.

He simply said in a reply to Gore, “Do you need some more cash? Is that it?”

Back in 2009 Gore cited a scientist’s findings and claimed there was over a 75% chance all polar ice caps would be melted within 5-7 years from global warming. Although this didn’t happen, he has since pushed the notion and has made millions doing it.

So Woods could very well be right with what he gathered from Gore’s latest statement. It could be nothing but reassurance for the theory that continues to help line his pockets.