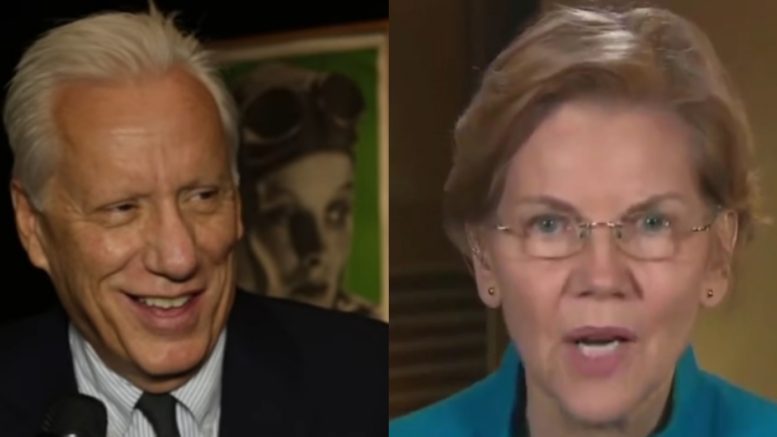 Elizabeth Warren has been off to a rocky start after announcing bid for Presidency less than a month ago.

The senator was brutally roasted on social media for several days following her awkward New Year’s live video beer chug. And now, just a few weeks later, she made a major flub during an interview with CNN that actor James Woods happened to notice.

Anderson Cooper was interviewing Warren on the government shutdown, when he asked her if she thinks Democrats will ultimately have to settle for “the shorter end of the straw” during negotiations.

Warren replied, “Well let’s talk about the balance of power. There are two co-equal branches of government: The President of the United States and the Congress.”

Related Article: Sen. Warren Gets Huck-Slammed With A Pair Of Hypotheticals If She Loses In 2020

James Woods posted a clip of Warren making this statement, along with a humiliating caption. Video Below

Woods tweeted Warren’s interview with Anderson Cooper where she claimed there are only ‘two-co-equal branches of government’ and he captioned it with the following statement:

“I guess they didn’t teach high school civics on her Reservation… (hint: there are THREE co-equal branches of government in the United States)” Video Below

I guess they didn’t teach high school civics on her Reservation… (hint: there are THREE co-equal branches of government in the United States) pic.twitter.com/7KKaEwXo7r

James Woods: ‘If an Individual Won’t Speak Publicly Unless a Teleprompter Is Used, Why Bother to Speak at All?’