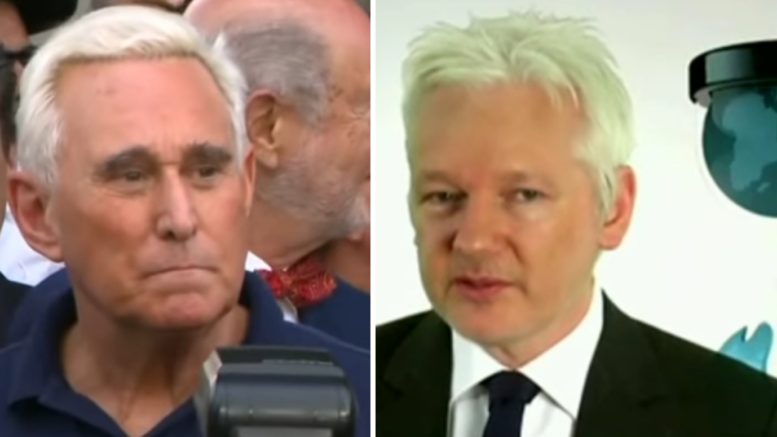 It’s another wild Friday in the world of politics, as long-time political consultant, Roger Stone, was dramatically arrested by the FBI and appeared in court after Special Counsel Mueller’s Grand Jury indicted him.

As part of the charges brought forth against Stone, it’s alleged that he made false statements to Congress when being pressed on WikiLeaks’ efforts to expose Hillary Clinton’s campaign during the 2020 Election.

Related Article: Actor Robert Davi Slaps Down MSM: ‘There Is No Russian Collusion!’

In a three-part tweet, the statement reads as follows:

“The dawn military-style arrest of Mr. Stone, a 66 year old political consultant, was wholly unnecessary and served no purpose other than intimidation.” Continued Below

“The Office of Special Counsel has never spoken with Mr. Assange.”