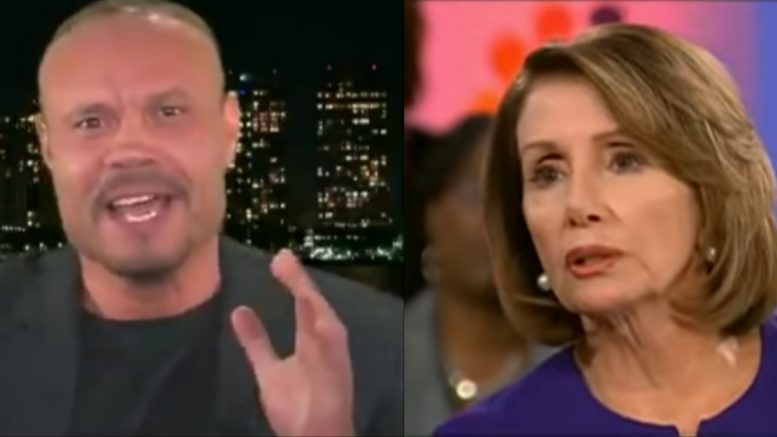 On Wednesday, Pelosi issued a statement to President Trump, asking him to postpone the State of the Union Address on January 29, citing security concerns. She asked that he waits until after a deal is reached to open the government back up.

The Department of Homeland Security immediately fired back, stating that they are fully prepared to secure the State of the Union. This is in despite of Pelosi’s concerns that agents will not receive pay, thus potentially not allowing agents to carry out necessary security for a high-profile event.

Bongino responded, “Don’t you find it a little bit ironic, my friend, that Nancy Pelosi wants to shut down the State of the Union for a lack of security with the dreaded air quotes? But she wants to do nothing at the border where there is no security at all?.” Video Below

Coming from someone who used to be a Secret Service Agent, Bongino said, “This is disgusting!”

In regards to Secret Service agents, he went on to say, “These aren’t mercenaries. They’re not sitting there waiting for their paycheck to get their job done. They put themselves in the line of fire every single day because they love this country and they’re patriots, not politicians.”

#BuildTheWall – @dbongino: Isn’t it ironic that Nancy Pelosi wants to shut down the State of the Union due to lack of security but she doesn’t want to do anything about the border where there’s no security at all. #MAGA #TrumpTrain #Dobbs pic.twitter.com/SvaIyBp2kF

AOC Says Stephen Miller “Needs To Go” Because “Lives Are At Risk,” Bongino Turns The Tables: “She Needs To Go Now”