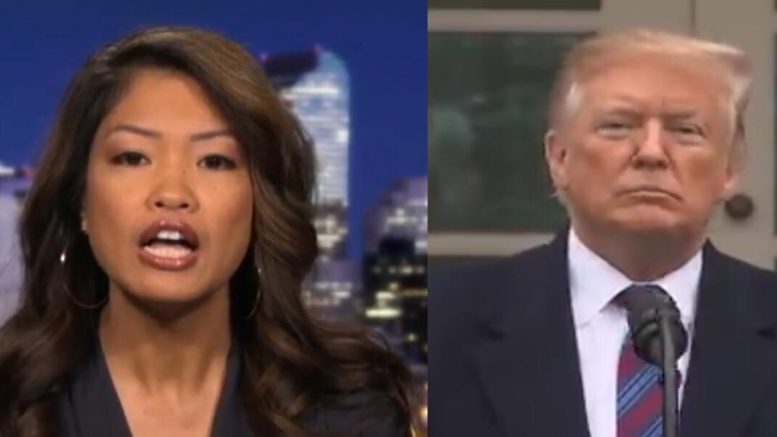 President Trump announced he would address the nation from the Oval Office Tuesday night. The unscheduled prime time speech sent the mainstream media into panic mode.

“I am pleased to inform you that I will Address the Nation on the Humanitarian and National Security crisis on our Southern Border. Tuesday night at 9:00 P.M. Eastern,” the President wrote on Twitter Monday. (Video Below)

The Presidential address comes amid a partial government shutdown, as Democrats and Republicans have been unable to compromise on funding for border security, including the border wall.

Upon the announcement of the address, there was doubt whether networks would air the President, however, doing such would prove President Trump’s condemnation of the fake news media and their bias.

(Related Article: Sara Carter Gives A Sound Response To Those Who Are Trying To Silence Trump’s Speech)

Syndicated columnist and author Michelle Malkin appeared on “Fox & Friends” Tuesday where she weighed in on what she would like to hear during the Commander in Chief’s live national address on border security. (Video Below)

“I’m just glad he’s making this a moment.” Malkin added, “I believe that tonight is the culmination of so much of the work that he put into the campaign the trust that so many law-abiding Americans and law-abiding naturalized Americans put in him to make this issue the issue in America.”

She said she would like to see the President double down on his demand for wall funding, and also remind the American people about the bloody consequences of an unsecured border.

Malkin also pointed to the many victims of illegal immigrant crime, including California police officer Ronil Singh, who was gunned down on Dec. 26, by an illegal immigrant who had previous arrests. (Video Below)

“The idea that our president is in charge of making sure that we don’t have of a state of emergency at the border, it’s fundamental.” She added.

Kellyanne Fires Back As House Dems Plan A Vote To Subpoena Her: ‘They Want To Silence Me’