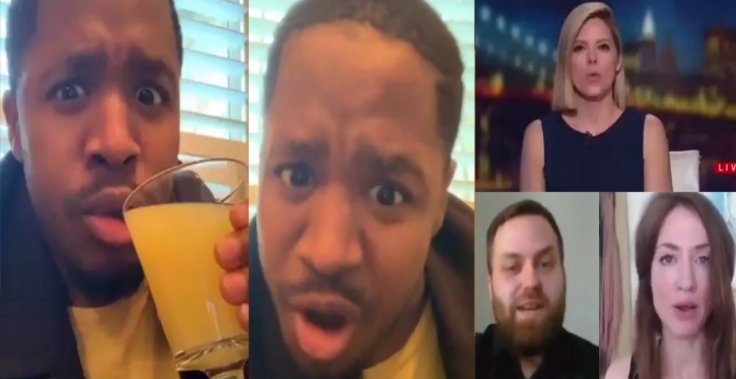 Terrence Williams' laughter is irresistible as he reviews CNN's segment on Witchcraft activism. Photo credit to The Freedom Times compilation with screen shots.

Terrence K. Williams, is a conservative political commentary comedian who will not only tickle your funny bone, but leave you agreeing with him ninety-nine percent of the time!

Terrence’s latest rant is about the recent CNN segment on the Wiccan’s Pagan Witchcraft crew and their outrage at the President of the United States using the term “Witch Hunt” while referring to the Mueller probe. (Video below.)

“What in the hocus pocus are y’all reporting? – Terrence K. Williams

During the segment, CNN’s Jeanne Moos headlined with “Trump’s constant use of ‘Witch Hunt’ offends witches.” She then invited David Salisbury an author who wrote a book called “Witchcraft Activism” who said President Trump’s use of the phrase is “disgraceful.” Disgraceful to whom?

After watching the CNN piece, Terrance and his infectious laugh taunted CNN. He told CNN that they “play too much!” He said, “and you wonder why” no-one takes you “serious.”

In between laughter, Terrence said, “And y’all call yourselves real news…serious news.” He almost finished by saying, “I don’t even have much to say about [this]…are you serious?”

He then added, “Y’all are a bunch of witches and that’s why y’all [are] reporting on it,” Terrence was finally able to make sense of why this was even a segment on National television. (Video below.)

It’s true that CNN is suffering in the cable network news. In October, Fox News averaged more total viewers than CNN and MSNBC combined, reported TV Newser. And those numbers are most likely reflective of the zany segments like witches being offended by the term “witch hunt.”

Terrence tweeted, “after watching this CNN video I’m ready for 2018 to be over! They did a segment on how Trump’s use of “witch hunt” offends witches. Retweet and tell @CNN to go to Bed.”