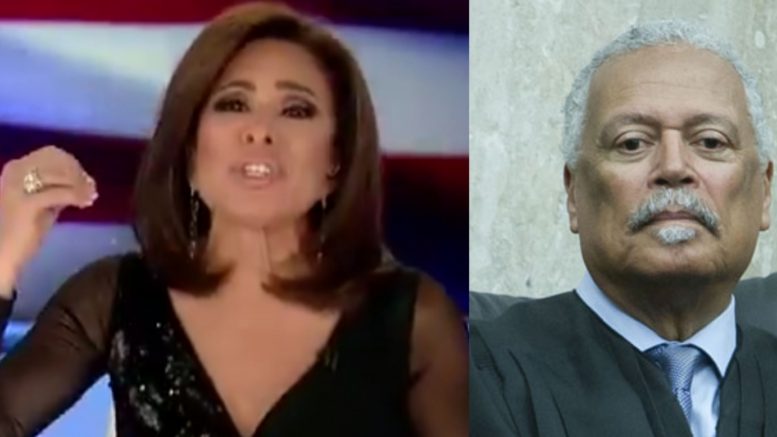 On Saturday, Judge Jeanine Pirro had Judicial Watch’s Tom Fitton on her program to discuss the latest happenings in General Michael Flynn’s case.

Fitton was present at Flynn’s Tuesday hearing, where he got to watch the drama unfold first-hand. And he weighed in on the prospects of what we should expect moving forward.

Fitton was drawn in by numerous aspects of Flynn’s sentencing hearing, including Judge Sullivan’s remarks that ultimately led to Flynn’s team being granted a 3-month delay in the sentencing.

Fitton interpreted Sullivan’s remarks as nothing other than “tough love” for Flynn, and he thinks it was a way for the judge to send a signal to Flynn’s team that they may want to reconsider their strategy.

Judge Jeanine, however, voiced what she found most disturbing from Judge Sullivan’s behavior and remarks displayed in the court room on Tuesday.

Like many people researching the case, Judge Jeanine was surprised that Judge Sullivan didn’t address the 302s he requested in the 11th hour, and issues related to receiving them. She was even more stunned by the judge for suggesting Flynn committed treason.

In regards to Judge Sullivan, Judge Pirro said , “He was saying ‘Is this treason?’ I was a sentencing judge. I would never dare accuse the defendant standing in front of me for one crime, of possibly having committed other crimes.”

She continued, “Your job as a sentencing judge is to focus on the crime in front of you that the defendant has pled guilty to. I find it stunning.” And she concluded, “Something is going on that none of us get.”