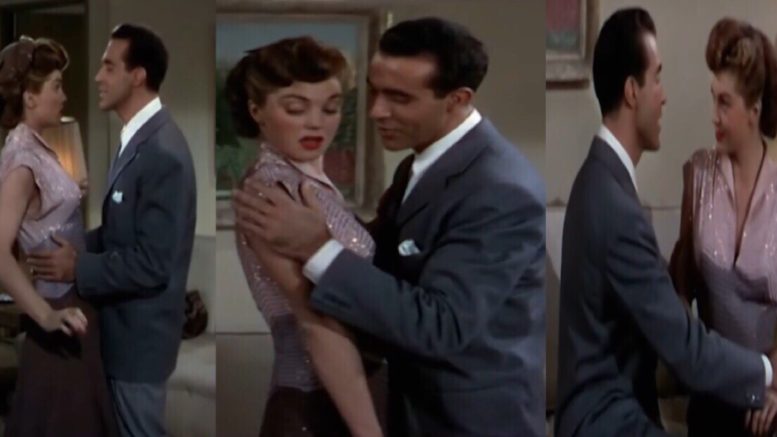 Baby it's Cold Outside skyrockets in sales in wake of ban. Photo credit to The Freedom Times compilation with screen shots.

There is no doubt that Christmas has been under siege, and recently the classic tune “Baby It’s Cold Outside,” was attacked by liberals across America.

The popular 1944 song written by Frank Loesser was banned from radio stations across America and Canada for promoting “date rape.”

Did the plan to ban Baby It’s Cold Outside backfire?

Across the country, many radio stations took polls and discovered their listeners wanted to hear the song. Despite the complaints that the song was offensive. Click here to read the lyrics to Baby It’s Cold Outside.

One station in California found that “more than seven out of every 10 listeners who responded said although some lyrics of the song may reflect a different era and a different sensibility than today, still they love the tradition and history of the song, and want to hear it as part of their holiday seas, reported Fox News.

Other American’s were hearing it played in stores and at local restaurants across the country as randomly reported on social media sites.

Sales for the song Baby It’s Cold Outside soared in the wake of the ban.

Brietbart reported an increase in sales for the Dean Martin version as well as the Micahel  Bublé and Idina Menzel version.

“According to Billboard, sales of Martin’s versions of song were up 70 percent to 11,000 downloads in the week ending December 13th, while versions by Michael Bublé and Idina Menzel, as well as Brett Eldredge and Meghan Trainor, have both reached the holiday 100 with a sharp increase in sales,” Brietbart said.

“As well as the rise in downloads, online streams of Martin’s version have also surged by 35 percent to 11.1 million in the past week, Brietbart reported. To hear both versions see the music videos below.