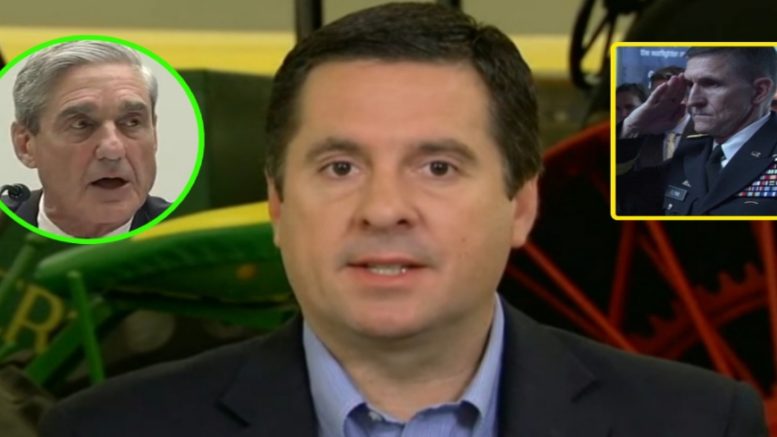 The dynamic duo discussed the Wall Street Journal’s op-ed written by Kimberly Strassel on Michael Flynn’s entrapment by the Special Counsel. (VIDEO BELOW.)

Maria discussed the Kimberly Strassel op-ed in the Wall Street Journal last week. Maria mentioned the piece was about “the conduct of the FBI”.

Specifically, she said “they said it was entrapment, that Michael Flynn was trapped into saying that he broke the law.”

Nunes responded back, “Well, I think what was likely is that General Flynn was just out of money.”

“If you look at some of the documentation that has come out in the last week, I think most notable is the one line that says that General Flynn actually knew that the agents must have had the transcripts.” (VIDEO BELOW.)

Nunes counters that Flynn ran out of money to defend himself. Afterall, he had to sell his house.

Devin explained, “General Flynn is the former head of the DIA. Thirty years in military service. He has to know when the Agents start to talk about his conversations with the Russian Ambassador that they have the transcripts. Not to mention that some of that had already leaked out.”

“I think the more likely scenario is that General Flynn was out of money. How do we know that? Not because he’s told me, but because he had to sell his house to pay his legal bills.” Boom. Common sense at it’s best. (VIDEO BELOW.)