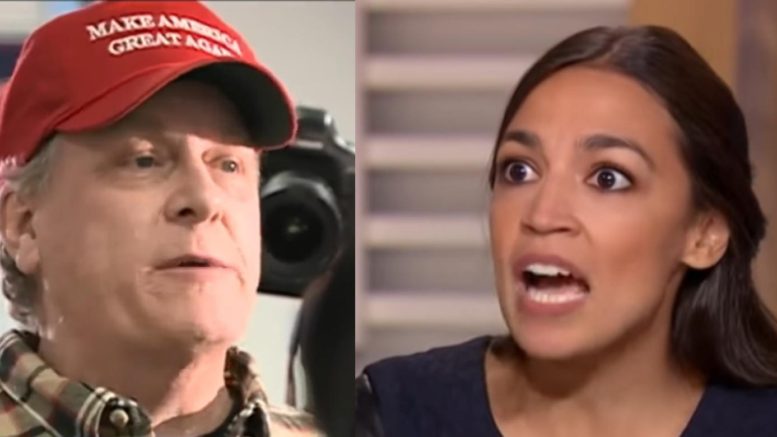 Curt Schilling bats it out of the park as he goes up the Socialists. Photo credit to The Freedom Times compilation with screen shots.

The Democrats will forever try and turn the tables on the Republicans. They will do something, then turn around and say the Republican’s are guilty of it.

How they manage to couple virtue signaling, victim hood and a Goebbel’s tactic is truly the stuff that politics is made of. The question is: how does it help America? (MORE BELOW.)

The New York junior house member tweeted a taunt saying she is the victim of Republican double-standards. She was immediately destroyed by the Twitter-verse.

Former Major League Baseballer, Curt Schilling stepped up to the plate and told her why her tweet is not a double-standard.

Ocasio-Cortez tweeted, “Double standards are Paul Ryan being elected at 28 and immediately being given the benefit of his ill-considered policies considered genius.”

She then compared herself to Ryan and continued with, “and me winning a primary at 28 to immediately be treated with suspicion & scrutinized, down to my clothing, of being a fraud.” (MORE BELOW.)

Curt Schilling, former Red Sox pitcher had no problem stepping up to the plate to fight off the Socialist movement. He tweeted back, “No. You are being scrutinized and treated with suspicion because every time you speak you say something more stupid than the last time you spoke.”

Then Schilling hit it out of the park when he finished with, “You are a college graduate and likely the most unintelligent person, man or woman, in our government.” BOOM! There’s nothing like saying what you think!

No. You are being scrutinized and treated with suspicion because every time you speak you say something more stupid than the last time you spoke. You are a college graduate and likely the most unintelligent person, man or woman, in our government.

AOC Drops Down To A New Level Of Low In Her Reaction To Ilhan Omar’s Remarks, Says She’s ‘Proud’