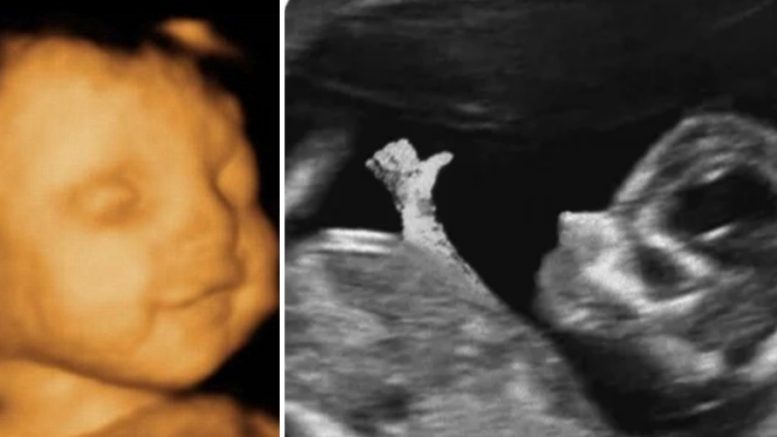 Steven Blake Crowder is an American political commentator. He travels the Nation and attends different college campuses and challenges the higher education crowd on popular liberal ideas and introduces the conservative perspective.

In an eye-opener, Steven took his show Louder with Crowder to the public on the heels of the HUGE OHIO STATE abortion bill win. (VIDEO BELOW.)

Louder with Crowder explained the Ohio Senate passed a ban on abortion once the fetal heartbeat is detected.

Crowder continued and said, “for those not up on fetal development, a heartbeat can be detected as early as 22 days after conception. Which is about the time a woman learns she’s pregnant.”

The Heartbeat Bill passed the Ohio Senate by a vote of 18-13.

“Last month, the Ohio House also voted in favor of the bill 58-35, but the Senate did make some changes, meaning the bill will now have to be approved by the House again before Governor John Kasich can sign it or veto,” Crowder further explained. (VIDEO BELOW.)

Ohio is willing to take it all the way to Trump’s Supreme Court.

Proponents of the House Bill 258, told The Cincinnati, “they are needed to protect unborn children and they’re willing to risk a court battle with President Donald Trump’s new U.S. Supreme Court.”

Additionally, Crowder said, “The Senate did even better by Ohio babies, moving that abortionists who violate the abortion ban could have their medical licenses suspended without a criminal conviction.”

“In other words, if you flip your forceps to the abortion ban, it could be your last time in a smock,” Crowder said.  (VIDEO BELOW.)