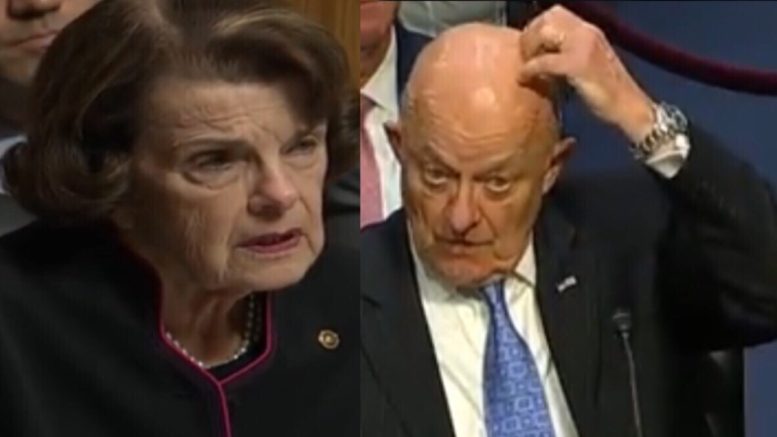 James Wolfe, former Director of Security for the Senate Intelligence Committee, lied to the FBI about knowing a media person.

James Wolfe is a leaker. Prosecutors are seeking “two years in prison for lying to the FBI about leaking classified information to reporters,” as reported by Fox News. (MORE BELOW.)

“But phone records and photographic evidence showed that Wolfe knew the journalists, according to a grand jury indictment,” The DC said.

James Wolfe pleaded guilty to one count of lying about one reporter in October.

Interestingly, it was discovered that he knew all four reporters who covered the Senate and had a personal relationship with one of the reporters, Ali Watkins from the New York Times. (MORE BELOW.)

Clapper and Feinstein are begging leniency for Wolfe.

“Disgraced former Obama CIA Director, James Clapper sent a letter to the Judge. He said, in part, “knowing Jim as I do, I know this whole experience — and its exposure in the media — has been very traumatic for him already. I would hope the court would consider his long and faithful service, as well as what he has endured so far — in sentencing and would recommend minimal confinement,” as reported by the Daily Caller.

Diane Feinstein also wrote a letter in support of Wolfe.

“He abused that trust by using his position to cultivate relationships with reporters … and offering to serve as a confidential source. Wolfe then lied, and lied persistently, about his actions and his relationships to the FBI agents who were investigating an unauthorized disclosure of classified information,” Fox News reported.