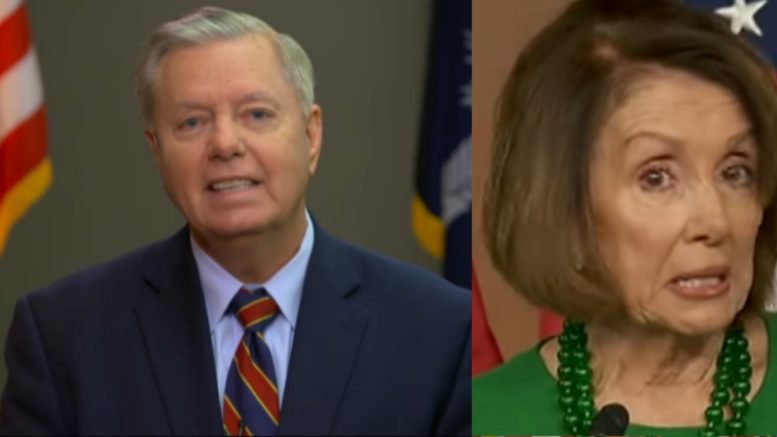 Republican Senator Lindsey Graham appeared with Maria Bartiromo on Fox News Sunday morning to weigh in on all of the latest events in the world of politics.

Among the subjects discussed included President Trump’s Nominee for Attorney General William Barr, the latest testimony from James Comey, the investigation into the death of Khashoggi, and Trump’s soon-to-be meeting with Nancy Pelosi and Chuck Schumer over funding for his proposed border wall.

Graham started off by saying he will do everything in his power to ensure Barr is confirmed as the next Attorney General and said there should be no problem with this happening as Barr has made it through three confirmations in the past.

When weighing in on Comey’s testimony in front of Congress, Graham voiced how he is still troubled by potential FISA abuse that occurred under Comey’s watch. And he reassured America that if he is, indeed, the next chairman of the Senate Judiciary Committee, he will immediately get to the bottom of what exactly happened.

And then, turning attention to border wall funding, Graham had some wise words for Nancy Pelosi after her latest remarks and how Trump should handle negotiations with her and Schumer.

Graham quoted Pelosi as saying, “Building a wall along our southern border is immoral.” Video Below

Graham said that if he were President Trump, he would tell Schumer and Pelosi in this Tuesday’s meeting, “We’re going to build a wall where it makes sense.” He also said he would “dig in and give in on additional wall funding” until he gets the $5 billion he wants for it.

Graham said the caravan is “a game changer” and he thinks those, like Pelosi, “who don’t see the need for additional border security, then you aren’t paying much attention.” Video Below