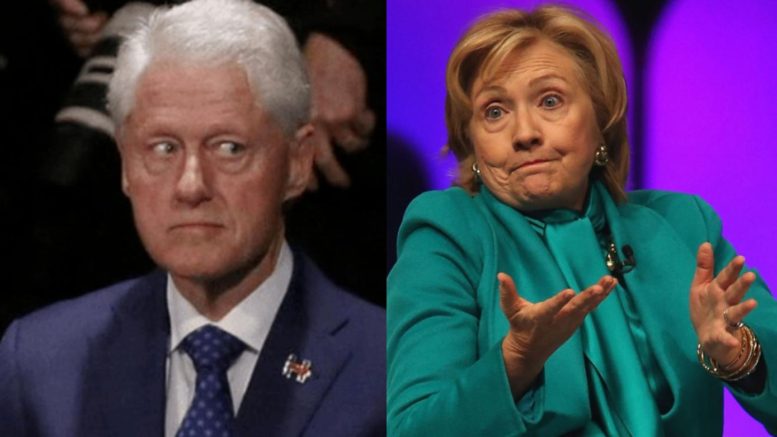 Talk about a paper trail a mile long…the whistleblowers on the Clinton Foundation have one worth six thousand pages full!

It is a dream cache for anyone interested in seeing the Clinton’s held accountable for their fuzzy accounting. (MORE BELOW.)

The Whistleblowers go WAY back.

As it turns out, the Clinton Foundation whistleblowers – who have been coming out of the woodwork this passed week – have been busy bees since they “have been working with FBI and IRS since last year,” reported the American Thinker.

The American Thinker revealed, “It turns out that whistleblowers inside and outside the Clinton Foundation have amassed ‘6,000 pages of evidence attached to a whistleblower submission filed secretly more than a year ago with the IRS and FBI.'”

The Clinton Foundation can run but they can no longer hide under the MOUNTAIN of paper. And all trails lead to the shady underpinnings of power and a lack of accountability.

It is duly noted that the Clinton’s power seems to have gravitated to the bottom of the swamp. It is evident in the tour the pair scheduled, as the speeches bombed with record low numbers.

Specifically, Thomas Lifson noted, “Now that this information is public, it will be harder to avoid DoJ and IRS prosecutions, especially now that the clout of the Clintons has diminished.”

Additionally, Lifson cited it “is very good news for those of us who have been frustrated at the ability of the Clintons to avoid prosecution over prima facie crimes while associates of President Trump are ensnared in process crimes and pressured to incriminate him with testimony some of them claim would be false.”  h/t The American Thinker