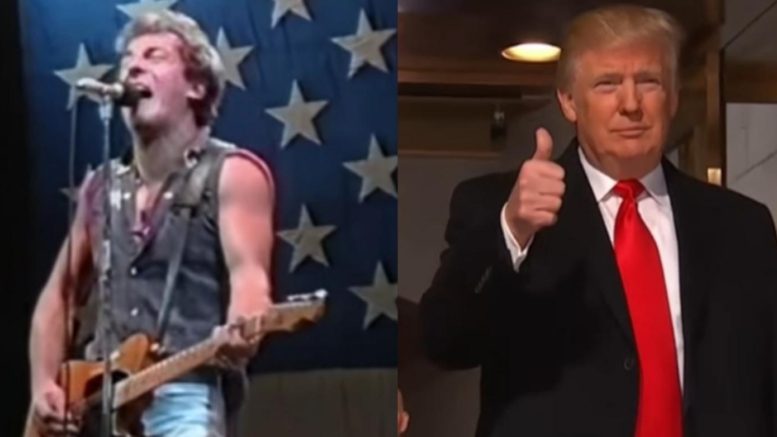 Rock and roller superstar legend, Bruce Springsteen, most famous for his number one song on Billboard, “I’m On Fire,” may very well be on fire!

He joined the The Sunday Times for an EXCLUSIVE interview yesterday, and the outspoken Democrat might make the leftists’ scream! (MORE BELOW.)

The Sunday Times reported, “The President has a flair for winning over working-class voters that the Democrats can’t rival, the singer admits. In short, Trump was born to run, and may be unstoppable.”

WOW! Those are powerful words coming from the rock star who once exclusively campaigned on behalf of Barrack Obama.

Whatever the reason – it’s good to see!

Brietbart reported the rest of what Bruce told The Times, “I don’t see anyone out there at the moment… the man who can beat Trump, or the woman who can beat Trump. You need someone who can speak some of the same language [as Trump] … and the Democrats don’t have an obvious, effective presidential candidate,” Springsteen said.

“You had severe blows to working people in the 1970s and 1980s as all the steel mills shut down. Then you had an explosion of information technology. These are life-changing, upsetting occurrences. You can find yourself in a country that you may not feel part of, or you feel that your [concerns are] being dismissed. So [you’ve had] an enormous amount of insecurity and instability. Add to that, someone comes in and plays on your racial anxieties, and blames an enormous amount of this on the ‘other’ from the southern side of the border, and you’re going to have an audience for those views. I basically think that [the problem] is the incredibly rapid pace of change that’s occurred in the United States that’s gone unaddressed by both administrations, Democrat and Republican.”

In ending, are you glad to see “The Boss” begin to warm-up to the Trump administration and the America First agenda?