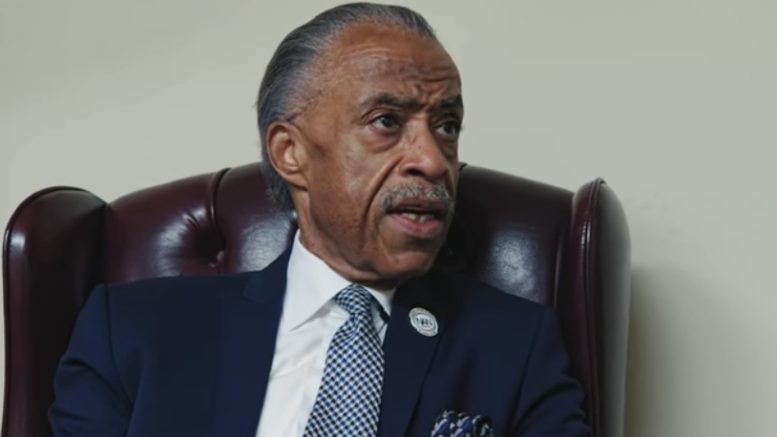 Sharpton does a deal with...himself. To avoid taxes? Photo credit to The Freedom Times with Viceland Screen Shot.

Al Sharpton, former White House adviser for President Barack Obama, has figured out a way to collect without paying taxes.

Does this surprise anyone? In his latest move, Sharpton “found an eager buyer for the rights to his life story — his own charity,” Fox News reported. (MORE BELOW.)

Sharpton buys his own book and film deal through his own charity where he is the President.

Avoiding taxes again, Sharpton? “The deadbeat preacher, along with his nonprofit National Action Network and two for-profit firms, have racked up a total of $4.7 million in outstanding debt and liens, according to federal and state tax ­records,” the New York Post reported way back in August of 2014.

Saturday, the New York Post discovered a whopper! There is potential for another attempt of possible tax evasion with Sharpton in the starring role.

“The National Action Network agreed to pay the activist preacher $531,000 for his ‘life story rights for a 10-year period,’ according to the non-profit’s latest tax filing, which was obtained by The Post, the New York Post wrote late yesterday afternoon.

You can bet, The Post will be keeping their eyes on Al Sharpton. Also, his charity group the National Action Network (NAN) and his book/film deal with himself. (MORE BELOW.)

Al Sharpton talked to The New York Post about it on the telephone.

Fox News reported, “the document does not indicate when Sharpton, who is President of NAN, gets the cash, which is above and beyond the $244,661 he already pulled down in compensation from the group in 2017.”

Sharpton discussed how he has movie deals in the works. According to Al, they are all legit. Except he wouldn’t name anyone. Then he told The Post, “You’ve got real property here. You’re not talking about just me as an activist. These are non-related NAN things that are the saleable items.”

Yet, “Nonprofit experts said the transaction could be troubling because NAN — whose mission includes criminal justice reform and police accountability — was doing business with its President,” The Post concluded.