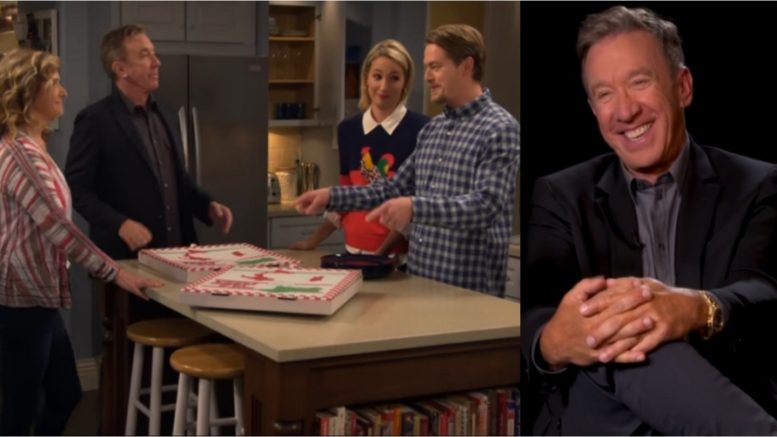 Since returning back to the air in his hit show “Last Man Standing,” Tim Allen has received a warm welcome, except from those on the left who are often at the butt-end of a lot of Allen’s humor.

Whatever he and his creators of the show are doing, it’s working as Fox has won Friday nights among adults between the ages of 18-49 for a whopping six consecutive weeks. In a recent interview, Allen shed some light on what could be behind the successful reboot of “Last Man Standing” and why he gets a kick out of “poking fun” at liberals.

When asked by IndieWire, “How important is it to remind people that this show is about family, not politics?,” Allen replied by claiming “relationships are politics.”

He explained, “The political discourse between a male and female energy is politics. And children, that’s all political stuff.”

But then Allen explained the angle of humor he uses in “Last Man Standing” more in-depth when he said, “I like to mess around because I’ve been a standup fiery comic for 30 years. And I like pissing people off, and I said there’s nothing, especially in this area, that pisses people off more than a very funny conservative. A smart, funny conservative that takes shots and is certainly self-effacing.”

And then when asked if his character’s point of view reflects his own point of view, Allen responded with, “Now, I’ll put something behind it, because I think it’s funny to make fun of people that are full of themselves. Liberals have a very small window of sense of humor about themselves, so I love poking at it.”