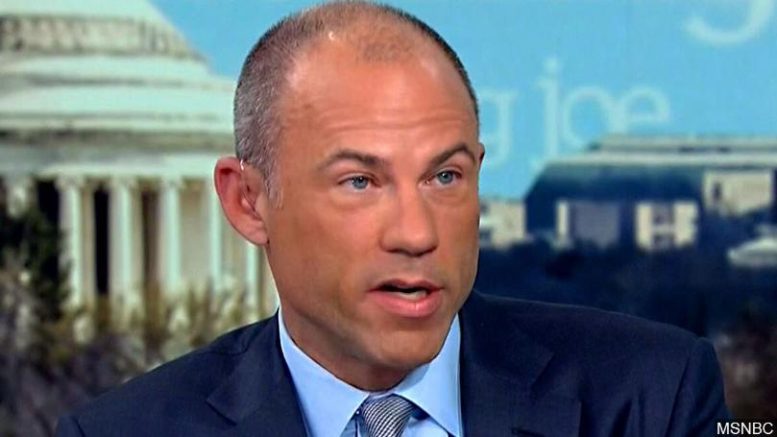 The lawyer was recently referred to the FBI for investigation by Senator Chuck Grassley related to possiblility of false statements directed towards Brett Kavanaugh. And earlier this week, Anenatti was arrested and charged with felony domestic violence, which Avenatti claims his innocence. But now, things took another turn for the worse for the lawyer.

According to a LA Times report, Avenatti’s law firm is getting evicted from the space where their offices are located.

A Superior Court judge in Orange County “affirmed an October order that the high-profile attorney and his staff vacate their offices, ordering them to leave by Monday,” as per the report.

Avenatti’s law firm, Eagan Avenatti, was behind a total of four months of rent, which led to the landlord to sue for eviction.

The amount of funds owed to the landlord by Avenatti apparently totaled over $213,000. Avenatti responded to news of his eviction.

In regards to being evicted, Avenatti is quoted as telling the LA Times, “It does not matter as Eagan Avenatti, my former firm, was already in the process of moving. A non-event.”

Avenatti attempted to stop the eviction back in October, saying he and the landlord had a verbal agreement that must be honored. The landlord’s attorney, however, denies such an agreement was ever made.

The heat will likely be turned up even more on Avenatti, as he already got ripped by the right in the fallout of his arrest.Video Below

James Woods RIPS Feinstein, Dems & Avenatti Following His Arrest: ‘Shame On Every Single One Of You’

Avenatti Gets Rocked With Another Violent Incident Described By His Accuser